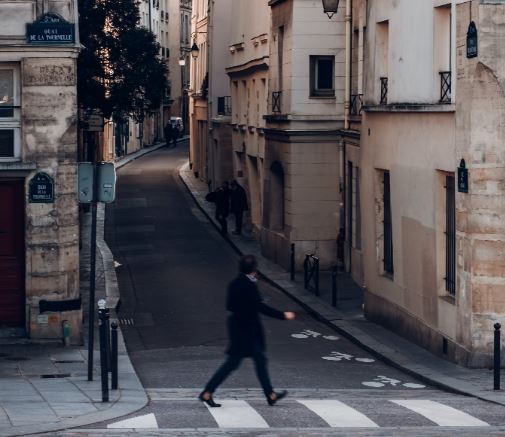 There is a slight whiff of desperation in the coffee shops of the City of London and in some of the suburban homes of the finance recruiters and headhunters who used to frequent them. We're in the fourth quarter, and for many 2020 has not been a good year. Big hedge funds have hired; so too have credit trading teams, but elsewhere in the London hiring market, lockdown began and has never really come to an end.

"It's been hard - I'm having to really work it, and to call people I haven't spoken to for a while," says one headhunter in the theoretically hot area of sell-side systematic trading. "It's been easy enough to fill mandates we already have, but it's very difficult to win new business without face to face meetings." Another macro headhunter says it's been "ok," but "super quiet." - "I've done a couple of hires," he adds, without clarifying the time frame they happened in.

Some in London are optimistic - one headhunter says things are starting to "come back" and that if only banks get on and clear out their underperformers - as now seems to be happening at the likes of Goldman Sachs, recruitment stands to come back. "A lot has been kicked into next year," he says. "2021 could actually be very strong once cuts and bonuses are out of the way."

For the moment, though, recruiters still have budgets to be met. And with Brexit on the horizon many are focusing outside of the City: Paris and Frankfurt are the new Cornhill and Canary Wharf.

While Europe gets back to business, it hasn't gone unnoticed in French and German finance circles that London is still devoid of people."I've never seen the neighborhood so quiet," London headhunter Piers Benbow told Le Monde this week. "People didn't really come back after the lockdown. I have clients in asset management who even have to ask for permission if they want to go to the office. "

In Frankfurt, by comparison, things are almost back to normal. "80% of people are back in the office here," says one British capital markets headhunter who decamped to Frankfurt over a year ago. He credits the normalisation with high-tech COVID-testing booths dotted around the German city,  including one which serves coffee as you wait for the result: "We just test every Monday or Friday." The German government also sends out messages informing residents of the COVID risk: "Today we got one saying cases in Frankfurt are 9.1 cases per 100,000 and that we are free to go about our business."

In the circumstances, more and more London recruiters are peering over the parapet and noting that Europe might be an easier place to make money. "With Brexit looming, we are refocusing on Paris and Frankfurt," says one London macro headhunter, "It's easier to get things signed off there." Three other headhunters (all talking off the record) stress the same thing. It helps that Paris, for example, has already attracted 4,000 banking and asset management jobs as a result of Brexit according to the reckoning of local trade body Paris Europlace - leading to predictions that as many as 20,000 additional support roles could follow.

The two European cities are already served by their own local recruitment industries, but London headhunters' strength is their ability to source Europeans in the City who might be prepared to migrate. Banks like Goldman Sachs have been moving NY based staff to Frankfurt, suggesting there might also be a trade in transplanting Europeans from the other side of the Atlantic.

Germans in London are the hottest ticket according to one recruiter: "No one wants to move to Frankfurt except the Germans," he says. By comparison, it's easier to persuade Britons, Italians, Spanish and even Dutch into Paris, where they can potentially commute to and from London on the Eurostar.

At least that's the theory. JPMorgan insiders say there's some angst among the 100 or so salespeople who expect to leave their families in London when they move to Paris in December. Although the British government currently has an exception to the quarantine rule for people who travel in and out of France on a weekly basis, there are fears that this clause could disappear in either Britain or in France once Brexit has happened. "People are saying they won't go to Paris because they're worried they won't be able to come back and see their kids," says a headhunter. "And that's creating opportunities for us to fill those roles with someone else."

Photo by Robin Benzrihem on Unsplash