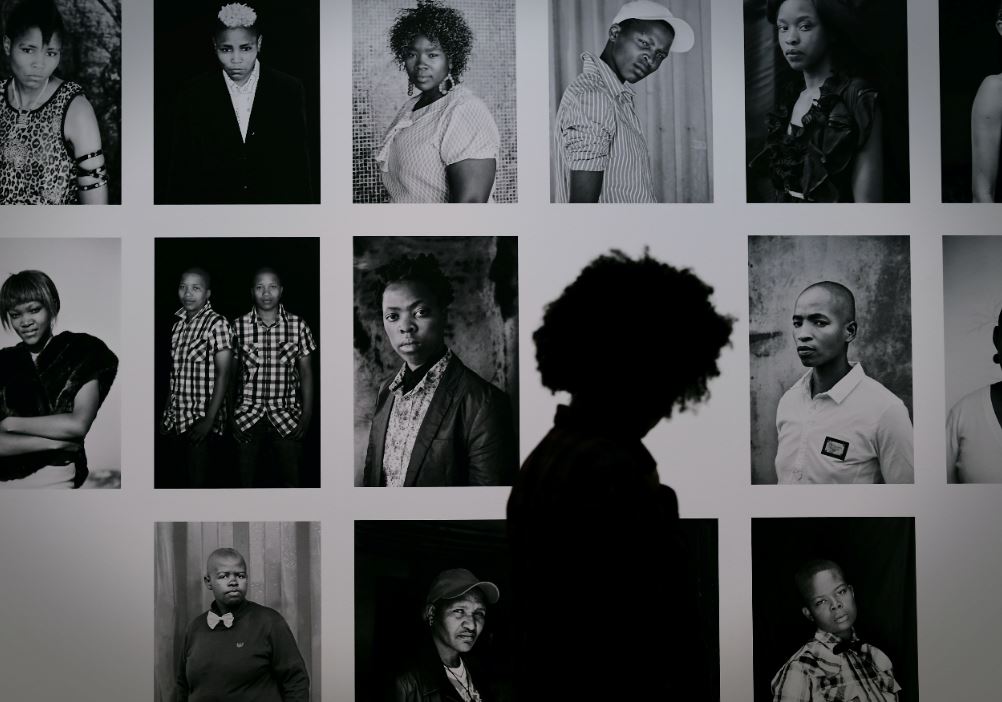 Those portraits of industrious investment bank employees showing one or two white men surrounded by a sea of female black and brown faces have always seemed a little suspect. After all, banks' own diversity reports show that beyond the most junior ranks there are almost no black or hispanic people in banking. Now it seems that at least one bank has been cheating.

In a series of interviews about the experience of being black in banking, Bloomberg spoke to Tessie Petion, the head of ESG Engagement at Amazon and former head of ESG Engagement at HSBC in the Americas. Petion also worked for Deutsche Bank and interned at Citi. Without naming names, Petion said that one of the banks she worked for assembled a diversity collage to depict its ethnically diverse employees, but that when she looked closely she saw that they'd simply added her over and over again to compensate for the fact that she was one of the only ones.

Petion says the bank didn't seem overly worried about its duplicity. "It was like, this is a celebration of diversity? And I just remember thinking, Do you not see the irony here? No. OK, great. Awesome."

Elsewhere in the same article, another interviewee notes that there are plenty of black people around in banks at this time of year (or at least that there are usually, when offices are occupied), but that this is also deceptive. "The summer at the bank would look different than the winter at the bank, because there were a lot more young Black people [interning]. [But they] didn’t get offers," said Jared Johnson, a former JPMorgan associate who left in 2017.

Separately, Citi might rue the day that it contemplated hiring Joseph Genovese, who as we reported last week has ended up joining Cowen and Company in New York. Citi was reportedly close to hiring Genovese in March this year, but pulled out following claims about his past behaviour. The person who made those claims is now suing Citi himself after he says he was retaliated against for blowing the whistle on the incoming hire. The whistleblower also claims that Citi discriminated against him because he was gay, and that he was denied an MD promotion on the grounds of his sexual orientation. In a statement to Bloomberg, Citi said it took the allegations very seriously and that they had been "independently and thoroughly reviewed and not substantiated.”

HSBC shares are at their lowest level in over a decade. (Financial Times)

HSBC is restricting the lift to two people in London. “It can take 15 minutes to get out for lunch at the best of times." (Financial News)

SocGen fell as much as 4.4% in early Paris trading and declined 2.7% as of 1:07 p.m yesterday. The stock has lost about 59% this year, making it one of Europe’s worst-performing banks. (Bloomberg)

Natixis chief executive resigned after the bank announced a second quarter loss of €57m. that François Riahi is leaving “due to strategic differences regarding the options of Natixis’s future plan.” (Financial Times)

People talk about the “Black tax”—for me the Black tax at the office is the time I have to spend thinking about how people are going to react to my appearance. (Bloomberg)

Wall Street women who could work for a Biden administration include: Sallie Krawcheck, the former chief financial officer of Citigroup; Alphabet Inc. CFO Ruth Porat, who held the same job at Morgan Stanley; and Mellody Hobson, co-CEO of Ariel Investments and a board member of JPMorgan Chase & Co. (Bloomberg)

Photo by Christian Fregnan on Unsplash