Technology pay in banking: the reality 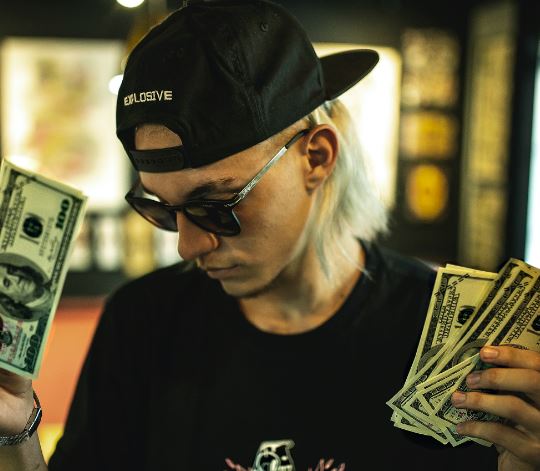 It was Daniel Pinto who said it. Writing in J.P. Morgan's annual report a few years ago, the head of JPMorgan's investment bank said technologists at J.P. Morgan had been elevated to the same plane as the revenue-generating employees in the bank's front office: "Our technologists and our product people work side by side, in the same rooms and at the same tables. They’re fully assimilated," Pinto declared. He added that the old divide between revenue generators and the rest, "is no more."

Pinto clearly meant what he said. But plenty of technologists - at J.P. Morgan and elsewhere - would disagree.

"There's still a very strong distinction between technology and front office roles," says a senior technologist at a U.S. bank in London. "A lot of my former mates from university went into the front office, and they give me a lot of information about what it's like there - they get paid significantly more than I do and the company exalts their contribution far more than it does mine," he adds. "It would be nice if banks marketed their tech roles more honestly - slogans like, 'We're a tech company,' are just misleading."

So how much can you exactly earn working as a technologist in finance? A new salary and bonus survey from finance recruitment firm Selby Jennings puts total compensation for juniors in investment banks at up to $160k, rising to $250k when you have seven years' experience. By comparison, bigger pay is on offer in hedge funds, where entry-level pay can be as high as $300k for top developers with one to three years' experience.

While this is generous, it's still not as generous as the compensation offered at the FAANG technology companies where the salaries are often equivalent to banks' total compensation and are supplemented by stock bonuses.

Some technology jobs in finance pay more than others. As banks ramp up their cloud computing teams, cloud developer skills command a premium. However, top project managers who come to banks with experience from major tech firms can typically earn most of all.

Selby Jennings is predicting a strong year for technology recruitment in New York - even as banks move some of their tech roles to places like Dallas, Seattle and Tampa, Florida, where developers' salaries are $20k to $30k cheaper. Particularly high recruitment is expected at the "mid-high frequency" firms that have thrived on volatility (think Virtu or Citadel Securities, for example).

While these firms typically reward technologists in very well, insiders in banks point out that many of the technology jobs at big financial institutions are far away from the trading floor where the money is made. "The roles where you're automating traders out of existence or building-out platforms to interface directly with clients are limited compared to the overall tech headcount," says one J.P. Morgan technologist. "Most roles are still 'run the bank' or regulatory or just building normal tools for traders and salespeople," he adds.

This might be why, for all banks' expansive talk about cherishing tech staff, the pay gap with the front office remains significant. Some technologists at Bank of America and Goldman Sachs complained of meager bonuses this year. In London, some second year banking technologists at JPMorgan were said to receive less than $100k in total compensation.

"Tech is not revenue-generating in a bank, so the bigger compensation for revenue generators is justified," one junior developer at a major bank tells us. "It would just be nice if they would admit this up front." Further down the line, however, the discrepancy grates. "I don't have a luxury lifestyle, but paying a mortgage and nursery fees for two kids is way above my compensation level," complained one 30-something finance technologist in our recent survey.

There are routes to higher pay in banking technology. One is to become a "strat" - a hybrid technologist/quant role pioneered by Goldman and now prevalent elsewhere. Strats earn a lot more than technologists, especially if they're aligned to the front office rather than areas like HR - but even strats have been known to complain about low pay.

Alternatively, you can always quit banking for a tech firm. Facebook paid its average UK-based employee £207k last year. Jane Street's pay for its developers is rumored to have been up to seven figures.

True or not, the myth of higher pay at technology companies fuels dissatisfaction in banks' technology ranks. So too does the notion that the work in tech firms is more valuable and interesting.  "At Google, you get to work on cool products like self-driving cars, AI developer libraries and AI assistants," says a junior technologist at one bank who's recently quit for the tech giant. However, technologists already at Google can be found complaining on Glassdoor that the work in areas like Google's, "Ads Professional Services Department," is as mundane as any tweak to a piece of finance software.

Ultimately, all technologists may be doomed to dissatisfaction. One senior programmer at Google tells us he's received an offer from Goldman Sachs that would substantially increase his pay. "Maybe I'll just take it and become an MD in banking," he muses. The banking technologists who see Google as the promised land might want to take note.

Photo by Cedaen Aran on Unsplash