Morning Coffee: An unfortunate week for 30-something hedge fund managers. $70k to answer phones at Coinbase 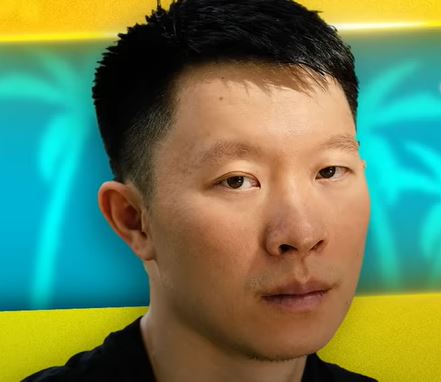 If you're the sort of guy who escaped banking in your 20s and made it sufficiently big in hedge funds to talk about things like "win-win situations" or 'pumping off the bottom extremely quickly' by your mid-30s, it's been a bad kind week. Some situations cannot be won. Sometimes there is no pumping to be done and you're just stuck at the bottom of the sea.

Sam Harland at Tiger Global was 33 years-old before he had this revelation. Su Zhu at Tiger Global was 35 in April. Despite issuing bullish statements about the companies he was investing in as recently as March, Harland has reportedly disappeared from Tiger Global following an investment into used car dealer Carvana Co, whose shares are down 90% since August 2021. And despite making incessant bullish statements about crypto for much of his adult life, Zhu's Singapore/Dubai-based Three Arrows hedge fund has reportedly failed to meet a margin call and will not pick up the phone.

Both men were only hedge fund managers in the loosest sense of the word. At Tiger Global, Harland was investing out of the firm's $12.7bn venture fund, PIP 15. At Three Arrows, Zhu was mostly investing his own money and that of his co-founder, Kyle Davies, making it more of a family office formed by old school friends than a hedge fund. Zhu and Davies too were making big bets on crypto firms and were more a venture capital fund than a hedge fund operation.

In both instances, the 30 something flare-outs seem to have started in banking: someone with Harland's name was working for Morgan Stanley in 2012; Zhu was an equity exotic derivatives trader at Credit Suisse in Tokyo before being laid off during the financial crisis. Both men made it to the buy-side, but the buy-side can be a harsh place to land.

Harland seems to have escaped the most lightly: he can just spend the summer in the Hamptons working out what to do next. Zhu, however, is likely holed up in his Dubai office desperately trying to liquidate assets while the phone rings off the hook. Last spied on Twitter two days ago, he said he was "fully committed to working this out."

One of the LARGEST Crypto Venture Capital firms:

With potentially $18b under management, this could be catastrophic for Crypto.

Here's a timeline of what's going on and the possible consequences:

Separately, while the big dogs at the top of funds are getting bitten, some of the smaller fish in the crypto world are marvelling at how good it was while it lasted. Business Insider has been chatting to people at Coinbase who have tales of large pay increases and wild spending. At one point earlier this year, Coinbase appears to have been offering six months' severance pay. People there were being paid $70k just to work in customer services and answer phones. 40% salary hikes compared to previous jobs were normal. Now, Coinbase is dumping staff and paying 14 weeks' severance. What some employees thought was a "start-up vibe" is being reclassified by some as naive incompetence....

"It was not easy saying no to Super bowl ads, stadium naming rights, large sponsor deals a few months ago, but we did. Today, we are hiring for 2000 open positions for #Binance." (Reuters)

29% of funds have no female investment professionals at all. There are only 10% of women at senior levels. (Twitter)

Banks aren't really making much progress on diversity. At JPMorgan, 5% of its most senior employees in the US are Black — the same proportion as a year earlier. (Financial News)

Bridgewater is shorting BNP Paribas, among other things. (Financial Times)

"I think for a long time, a lot of us have dictated winning as getting the big job, a hypervisible role, or a huge responsibility, but winning in this day and age is really just being able to walk away on your own terms. That’s the new ambition." (McKinsey & Co)