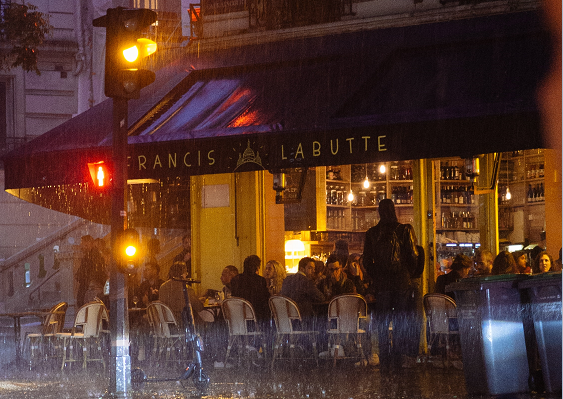 On May 4th this year, cryptocurrency exchange Binance announced that it had become a fully regulated digital asset service provider (DASP) in France. This is the companies first DASP registration in Europe and a welcome development for Binance’s founder and CEO Changpeng Zhao – also known as “CZ” – after the Financial Conduct Authority (FCA) last year banned the group from partaking in any regulated activities in the United Kingdom. Binance intends to “significantly scale” its operations in France per this press release. But in what areas are they hiring and, amid the current cryptocurrency sell off, is France worried about having welcomed the future of finance with such open arms?

Simon Matthews, Binance’s PR Director for Europe, confirmed to eFinancialCareers over email that the company will be initially hiring up to 250 new employees in France. Although he was unable to confirm the office location for these new joiners, all 26 of the roles Binance are currently hiring for in the country are tagged on their website as onsite in Paris or remote. The table below shows which departments have the most open opportunities. And it’s worth noting that four out of the five backend roles advertised on the Binance website specifically mention the coding language Java in their job titles.

On a global level, Binance has a need for engineering talent. Of the 1,005 roles currently listed on their website, 233 are in the engineering division and the below table compiled using their data shows the exact kind of tech talent they’re looking for. Again, backend developers rank highest.

Liam Hartley –  a London-based data professional who in his spare time runs a football betting algorithm – told eFinancialCareers that Binance’s 74 roles in backend engineering could represent a backlog in their recruitment. Engineering talent is hard to come by currently, according to Hartley, and Binance will be wanting to improve their “reliability and infrastructure” with these hires as it’s a necessary step to scaling as the interest in crypto grows.

Hartley also notes that the 34 devops roles that Binance is hiring for are significant: “you need a lot of devops to move at pace,” however devops engineers are even harder to hire than backend engineers. The near 2:1 ratio in which Binance is trying to recruit devops over backend suggests, to him, “scalable thinking.” To cynics aware of the tough market for tech talent, it may seem like wishful thinking.

So, what does Binance’s push into Paris mean for European financial markets? Lara Williams, writing this week for Investment Monitor, argues that it shows “Europe becoming crypto’s global centre of gravity.” She cites the European Commission’s regulatory framework proposals as a “ground-breaking” piece of regulation for cryptocurrency markets, the main benefit being that a firm such as Binance will not have to receive multiple licenses to operate across member states. This is similar to the passporting non-crypto firms are used to under MiFID. With the US and the UK lagging in their regulatory efforts to attract crypto companies, according to William, Europe is posed to take the top spot in the marketplace.

After this week’s wild swings in crypto markets – and even a brief rally for last year’s favourite meme stock, Gamestop – France’s regulators might want a return to more traditional forms of financial services. Binance’s CEO has been on Twitter sending calming signals to the markets which might pacify some worried employees of the the Autorité des marchés financiers (AMF), the French regulator responsible for giving Binance approval. “At the end of the day,” CZ said in a Tweet on Thursday, “we need to go back to fundamentals.” His mission: “build real products, not reliant on short term incentives, or promotions, but intrinsic value that people use.”

There’s a disconnect when a fintech CEO is preaching for the stability of a market in which today his company suspended the trading of two stablecoins, Luna and UST. Then again, he seems to have fewer earthly concerns than your average crypto enthusiast. The below tweet shows Zhao earlier this week conferring with a cardinal in Rome. Maybe he was asking for Zhao’s insight into whether the Vatican Bank should buy the dip in the name of the father, the son and the HODL spirit.