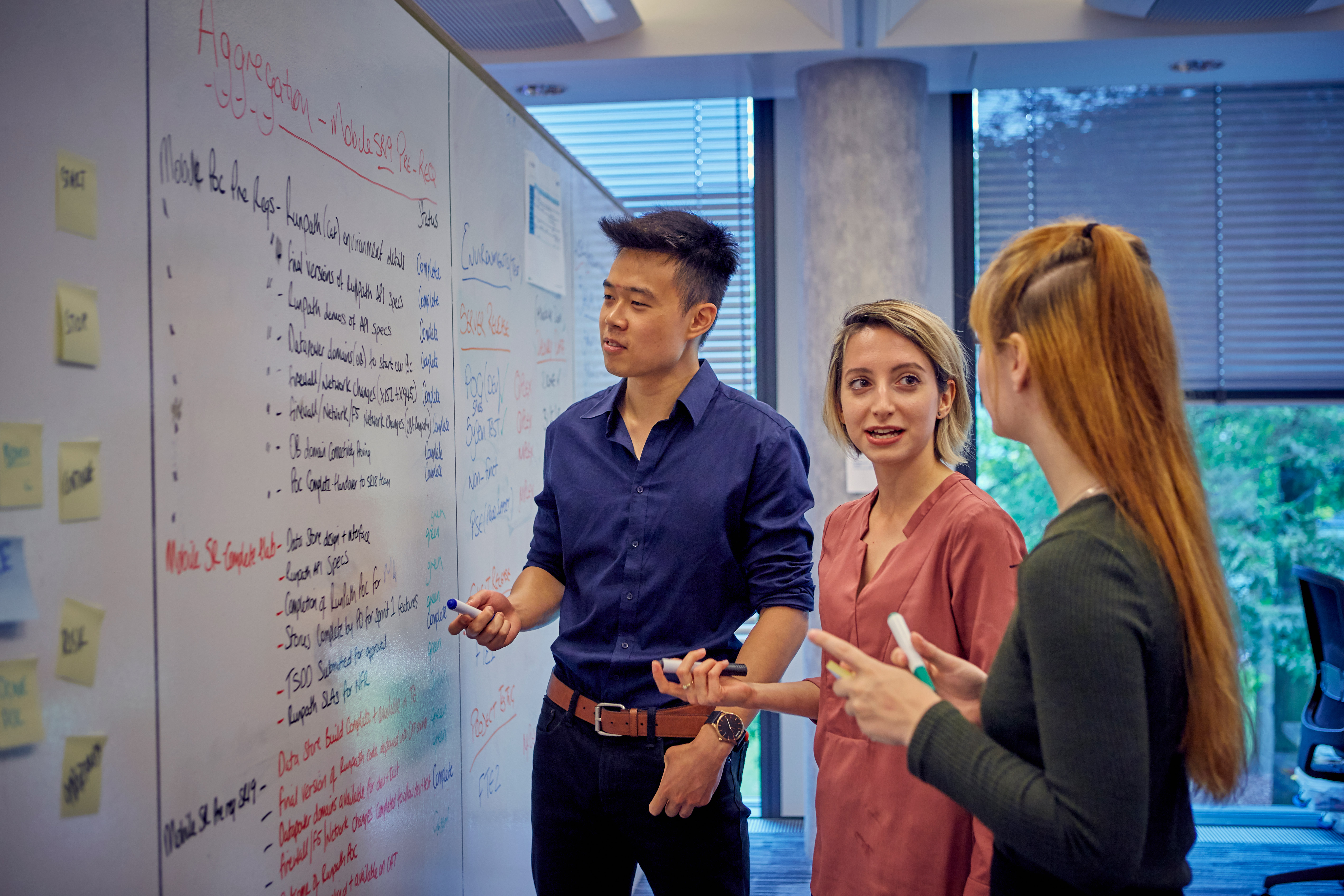 Andreea Monu, a Software Engineer at Natwest Group, has worked across several teams and been exposed to a variety of cutting-edge technologies since she joined the bank in 2016. The biochemistry graduate developed a passion for software engineering during her traineeship at NatWest Group, and she’s since been building innovative products designed around the needs of customers. “My first role was in a team that looked at the customer strategy behind our tools – enhancing the onboarding process, for example. I improved my coding skills on the job with great support from my managers,” says London based Andreea.

NatWest Group offers a working environment in which “you never stop learning” as a tech professional, says Andreea, who has recently moved to a new position focused on developing APIs. The job requires her to translate business priorities into tech requirements, and then into code. She must also understand the latest trends shaping APIs to ensure NatWest Group stays at the forefront of development. “It’s a very different role that’s challenged me and has been like learning how to ride a bike all over again – you have to be prepared to fall in order to succeed,” she says.

Andreea is far from the only technologists to have taken advantage of the opportunities for career growth available at NatWest Group. Unni Thekkekuruvath has been with the business since 2005 and spent several years working on the Unix platform, latterly becoming a Lead Engineer. About three years ago, Unni decided he wanted to steer his career in a new direction and get more exposure to emerging technology.

In his current job, which is based in Edinburgh, Unni leads a team of engineers building ecosystems for cloud onboarding. “It’s a fascinating development area, which allows us to experiment with new tech, solve important problems, and support all areas of the bank, from personal banking to financial markets. NatWest Group gives its developers the latest tech, and that motivates me in my job because I’m a techie at heart,” says Unni. “I also think of myself as a mentor and a leader rather than a manager. I set a direction for the team and encourage people to work towards it themselves. I believe if you fail, you should fail fast and then move forward,” he adds.

Technology teams perform more effectively and produce better products when they are diverse and reflect the customer base they are ultimately working to serve, says Unni. “Diversity is very important at NatWest Group; I’m proud of our empathic and inclusive culture. When we hear from people of different backgrounds, we’re able to get wider and more valuable information, leading us to make more informed decisions,” says Unni.

For Andreea, working alongside diverse colleagues is key to successful outcomes in technology. “No matter the tech, having diversity of thought is brilliant for innovation,” says Andreea, adding that she has been involved in women’s technology networks and has been mentored by senior female leaders during her time at NatWest Group. “The tech sector as a whole still has work to do around gender diversity, so having role models to look up to helps because it makes careers in the industry sound achievable for young women,” says Andreea.

NatWest Group is hiring software engineers in the UK this year. Its main tech hubs are in London, Bristol, Manchester and Edinburgh. In Unni’s team, candidates typically require knowledge of a programming language (such as Java, Python or Go) and then technical skills in specific areas, including data structuring, algorithms, and networks. Full stack engineers are also increasingly in demand, says Unni.

The skills to succeed

“No matter the role, we want people who are strong communicators. This means they are willing to speak up clearly in meetings, but are approachable and will listen to others without interrupting. Teamwork and creativity are also critical. At NatWest Group, we believe that problems can’t be solved by one person,” says Unni.

Banking is an interesting sector for developers to work in because it’s so customer centric, says Andreea. Last year, for example, she was involved in a project that revised the way NatWest Group communicates with customers who have disabilities. “The best thing about being in financial services is that you always have to come up with new innovations that have a positive impact on customers. It’s a competitive industry, so you can’t fall behind. NatWest Group is an innovator in many areas, including mobile apps,” adds Unni.

Technology candidates typically don’t need to have a background in finance to apply for a job at NatWest Group. “I’m open minded about where I source people from, and I don’t expect you to know about banking from the outset. It’s more about having an open mind to learn more, and a curiosity to understand our business problems,” says Unni.

Getting a technology job here should only be the start of your career journey with the company, says Unni. “One of the good things about working here is that it’s a big organisation, so we have different tech teams and each one has its own distinct advantages. Networking with people is key to career success at NatWest Group. If you keep talking to colleagues right across the bank, you’ll find out about new opportunities,” he adds.

Andreea says she now has her sights on a managerial position. “It will be a challenge and won’t be handed to me on a plate, but I think everything I’m doing is helping to propel me to a leadership role. I’ve been given the chance to expand my skill set, work on interesting projects alongside great people from start to completion, enhance the customer experience, make an impact on the business, and use the latest tools. If that’s what you aspire to, NatWest Group could be a good fit for you as well,” says Andreea.