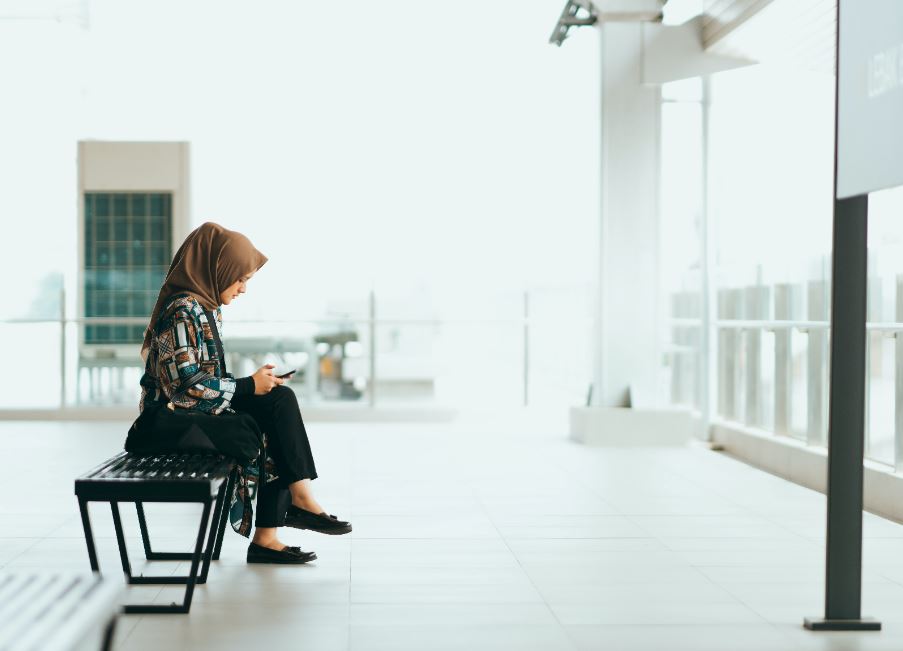 If you haven't heard of Essma Bengabsia, you're late to the game, but there's still time to commit her name to memory and to silently applaud her courage for speaking out about the harassment she says she was subjected to, which is denied by her former employer.

Bengasbia is the "hijab-wearing Arab-American Muslim woman of color," who wrote a Medium post last month detailing the alleged harassment she received while working for one of the world's largest asset management companies between 2018 and 2019.

It makes for fairly uncomfortable reading. Bengasbia says one colleague explained to another within earshot that, “they stone people in the Middle East." Another asked: "What do they do for fun? Party in the deserts?” She says another often greeted her with, "You’re such a mess,” and “I hope you fail.” She says a male colleague bumped her chair from behind and almost knocked over her computer and desk before saying, "I keep forgetting I’m like a decade older than her.” Most damningly, she claims that the same male colleague stood behind her with an audience of colleagues and said, "Should I do it? Should I touch her? Does it count as sexual harassment if I touch her?” A female colleague allegedly egged him on.

Bengasbia waited a year before writing the post. The fund concerned denies her accusations. In a written statement, a spokesman for the fund said she interned there in the summer of 2017 and was offered a full-time role that she returned to in July 2018. "Shortly before resigning in May 2019, she raised claims of discrimination and harassment. The firm investigated but did not find she had been the subject of discrimination or harassment." He said the fund has, "has acted to address employee misconduct before and will do so again wherever and whenever necessary to maintain an inclusive work environment."

The fund said too that it recognizes, "the systemic challenges faced by many underrepresented groups in their careers," and is aggressively promoting "equitable and inclusive practices by its managers." It also has diversity targets, is initiating a more transparent complaints process and is, "providing venues to discuss micro-aggressions and conduct."

In financial services, drawing attention to discrimination can be a career killer, particularly if you're junior. However, Bengasbia says she remains, "focused and determined on being an unapologetic Muslim woman of color impact investor who manages a portfolio of investments that generate strong financial returns and create positive social and environmental impact."

Bengasbia says finance can be a tough environment for any underrepresented group, whether in terms of gender, race, sexual orientation, religion, or disability. It's even harder if you fall into multiple minority buckets. "The challenge for women of color in the industry is magnified in that we face attacks on our identity based on both our gender and race, and in my case, my religion as well."

While it can seem easiest just to give up and leave the industry, Bengasbia says this isn't the answer. "The ultimatum we face is: mental health and well-being, or work a lucrative job in financial services? Many of us opt for the former and leave the industry altogether. I call this not the "pipeline problem," but the "you-chase-us-out problem."

She's currently studying for the CFA Level II exam and plans to start a part-time Masters at NYU Wagner later this year. "Through this program, I will focus on studying structural poverty, systemic racism and sexism, environmental issues, community development, and how one can manage impact investments to tackle these structural issues," says Bengasbia. "I have my eyes on the prize, and upward and onward I go."

Photo by Rendy Novantino on Unsplash