Morning Coffee: Bitterness over bonus allocations at Deutsche Bank. Goldman Sachs interns are back to the canteen 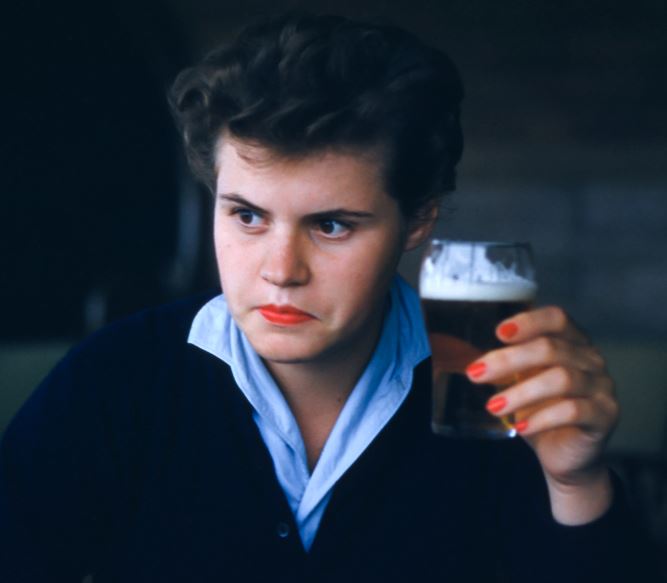 When you discover that the traders took all the bonuses

One of the big challenges of managing a global universal bank is balancing the “one bank” message against the “eat what you kill” message.  Most of the time, a CEO like Deutsche Bank’s Christian Sewing wants to be promoting the idea of a unified culture, with everyone working together and sharing the same values and aspirations. But once a year, it’s time to determine bonus pools, and at that point it becomes very relevant that different business lines had different performance and that the employees are not, in truth, all in it together at all.

This sort of drama usually plays itself out between the warring kingdoms of the investment bank – Sales & Trading versus Capital Markets & Advisory, Fixed Income versus Equities.  But every now and then, you get a situation where the resentment is directed toward the investment bankers as a group, from the retail bank or the other parts of the franchise.

This year, despite a bit of nervousness ahead of the event due to uncertainty about what the regulator was telling them and with a judicious mix of deferred and cash awards, Deutsche seems to have paid quite well, particularly for the traders who had an excellent 2020.  That’s not popular with Deutsche Bank's call centre employees, who are currently on strike.

While the call centre staff are undoubtedly paid far less than people in Deutsche's investment bank, their claim to getting a pay subsidy from the trading floor isn't straightforward. Deutsche doesn't report separate results for its retail banking division, but the private banking division, which includes it, has made a pretax loss for the last two years and is weighed down by restructuring costs, low interest rates and the pandemic.  Even in good years, German retail banking is hardly a cash cow that can subsidize other areas, so it will never be able to return the favour.  In order to achieve profitability targets in a market dominated by mutual savings banks, Deutsche really needs to pull every string on cost control, and that’s not going to be achieved by backing down from industrial action because the bond traders had a good year.

Maybe Deutsche’s pitch to the branch staff ought to be more aspirational than transactional.  One of the greatest sources of resentment in universal banks is the perception that the investment bankers are a separate class, aloof and superior compared to the other divisions.  But Mr Sewing was an apprentice in Bielefeld himself, and now he’s head of investment banking as well as CEO.  Deutsche recently announced it was expanding the horizons of its associate-level recruiting beyond the usual MBA schools; perhaps it might do well to include some people who demonstrate that there’s a career path from the branch network to high finance if you’re smart enough and want it enough...

Elsewhere, Goldman Sachs interns have been all but promised that the 2021 internship class will not be happening virtually, after David Solomon publicly stated that this was one of his highest priorities.  The presumption is that face-time is particularly vital at the earliest stages of your career and that young bankers won’t develop the skills unless they are in physical proximity to their seniors, like the kids from “Industry”.  But is this really true?

Sitting at home being ignored on a Zoom call is not really very different from sitting around being ignored on the end of a desk island.  And in fact, despite worries going into the program, it seems that the trainers responsible for the summer 2020 virtual internships were so committed to the task that, if anything, the kids were “over-programmed”.  That compares to a previous year in which an MD claimed that the best question he had been asked was about the discount food in the canteen, something he presumably can’t have meant literally but which does underline the kind of information transfer that actually happens through serendipitous contacts.  Good luck to the 2021 interns and remember that you turn left for the pasta bar.

The Unicredit compensation report makes it clear that the Italian bank won’t be paying Andrea Orcel anything in respect of his deferred compensation.  UBS have made it clear that their position remains “leave and lose it” (apart from the amount that’s already vested while he was out of the market), so it looks like Mr Orcel is either walking away from $30m or still hoping to win it back from the Santander lawsuit. (Financial News)

Banks are still divided over the extent to which the work-from-home model is going to be sustained into the long term.  Deutsche is still taking it very seriously… (Bloomberg)

… But JPM and Barclays are still emphasising the benefits of having everyone in the office, and Singaporean local heroes DBS have now joined them. (Bloomberg)

Is this some kind of dark farce? The FINRA case in which two wealth managers were found to have ripped off their 93 year old grandmother is now being challenged in court by the defendants, on the grounds that the adjudicators refused to delay the case for an in-person hearing, and were caught napping during the Zoom call. Other highlights include description of the plaintiff as “no stranger to intra-family lawsuits” and “taking issue with poems published online”. (Advisor Hub)

If you like moving from a big firm to a boutique, why not take the next step?  Chris Roberts, who left JP Morgan to help set up an EMEA equity advisory unit at Moelis in 2018, has now left Moelis to found his own micro-boutique, currently with him as the only employee. (Financial News)

“I picked up the pace in my walk as if I felt the military officer’s breath on the back of my neck”.  An unusually intense experience in moving from investment banking into fintech, as to take up the job involved escaping Venezuelan quarantine on a humanitarian relief flight. (Financial Reporter)

Photo by Les Anderson on Unsplash