The upside to working from home on the buy-side 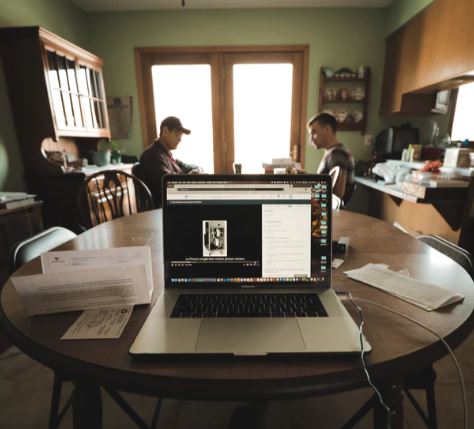 As a hedge fund analyst I was always skeptical of working from home. Of course, I did it in the past (one or two times a month) when I needed to be close to home. But I never did it for an extended period of time, because I always thought it was important to be in the office, where I could talk to my portfolio manager (PM) or chat with colleagues. But after working from home for almost six months now, I can say my initial skepticism was completely unfounded. Not only can I do my job from home, I actually do it better than when I was in the office.

I can see how some jobs are difficult in a work-from-home environment. But being a buy side analyst doesn’t fall in that category, because my job is to generate investment ideas, and I can do that anywhere I have a good internet connection.

In the past, I would bring up ideas to my PM in person. But even after talking through them, I would always memorialize them through emails (it's called covering your ass, so nobody forgets what you said, or didn’t say). Now that everybody is working from home, we have the same conversations through Bloomberg chat, or on the phone, while the same email still gets sent. So my interactions are the same, just through a different medium.

Where work from home has really helped me, though, is management meetings. I’ve always been selective of conferences and management meetings because I hated traveling. Going through airport security was such a chore that I made sure a conference schedule was worth it before committing to the pain of the inevitable delayed flight. Now that I can attend these meetings from the comfort of my home, without wearing a suit. I therefore request any and every meeting that’s remotely interesting because worst-case scenario is I’ll mute the line and check my emails instead. Previously, I’d see a management team once a quarter, but lately I’ve seen some teams multiple times in a month. I’ve probably gone overboard, but at least nobody can say I’m not on top of what’s going on!

It's actually a little embarrassing and scary to admit how little direct interaction I need to do my job, and how much time was wasted on that previously. It’s embarrassing because I always fancied myself as a people person, but given how little I interact with others, I could actually be a sociopath and still do my job well. It’s scary because I now realize how easily I’ll be replaced with a computer someday.

Yes, there are days when I'd prefer to be in the office (usually when the kids are yelling and screaming). Realistically, though, I think I'll try to do 1-2 days in the office each week from now on, and spend the rest of the time working from home.

Margin of Saving was created by an analyst at a multi-billion dollar hedge fund to help others learn how to invest and save.

Photo by Ben Hershey on Unsplash