The truth about five months of working from home in banking 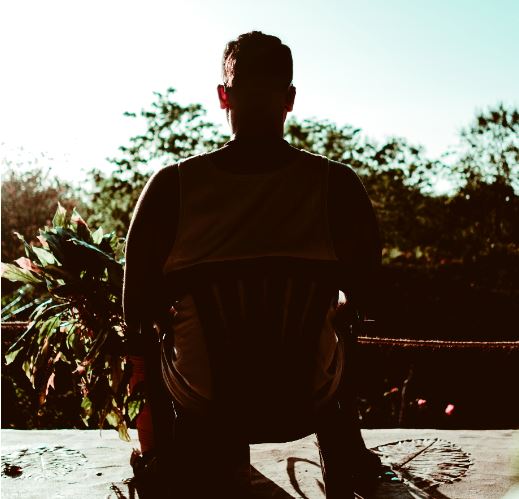 Five and a half months after the biggest ever experiment in working practices in banking began, we took the temperature of your attitudes to working from home. Over 1,000 people responded to our survey on what this period has been like. Your answers are detailed below.

The verdict: it's been tough, for all kinds of reasons.

Without doubt, too much work and too long spent working have been the biggest problem with working from home in banking.

The pandemic has spurred banks into reorganizing workloads while cutting costs and deprioritizing hiring, with the result that existing staff are increasingly overburdened. Coupled with the difficulty of disengaging while working from home, this is threatening to burn people out.

Technologists in banks appear particularly burdened by extra work. "We're overworked, with more demands and unclear priorities," says one Barclays technologist in London. "Functions are merging and there's lots of change and subsequent work. The U.S. management is not adapting to the situation and expects out of hours calls daily," they add.

Compliance and risk professionals complained of similar problems. One Citi compliance manager said the bank was pushing ahead with "multiple projects," and that this was leading to a large volume of calls and increased working hours.  A London risk manager said the volume of work has increased dramatically because, "lots of email and calls are needed now to organize the work flow," before the work can even be done. Another European risk professional observed that working from home means, "almost full availability, not exactly 24/7, rather 12-16h/5-6 days a week."

As ever, some of the longest hours are in M&A. "It's become never-ending work, from the moment you wake up until you go to bed," said one Bank of America M&A banker in Europe. "You are available at short notice with a three times increase in client calls due to the lack of seniors traveling."

Part of the problem is that out of sight has become out of mind. "Managers have significantly less respect for juniors now they don’t see us. There is an increased admin workload," said one New York M&A junior. "There's no visibility on how overloaded and stretched someone is, and there are too many conference calls to discuss work," said a London M&A banker. "This wastes times, so makes the hours longer. Weekends have become even more disposable."

Several M&A bankers said they were expected to be available non-stop. One Singapore banker said stepping away from the desk was impossible: "I feel like I am expected to stay near the desk, if not on it, all of my waking hours."

"The expectation is that you are always near phone and/or computer for a call or revision," said one UBS M&A junior.

The upshot is that many in banking feel that their existence has been reduced to work and little else. Another Singapore M&A banker said working from home had become: "All work, no life."

The extra work is a source of resentment for some people. In some cases, it's being driven by apprehension as people fear losing their jobs.

"I'm working more hours for the same pay because I fear being fired if I don't put in the extra time," said one M&A banker. One researcher said his workload had doubled after a colleague resigned and no replacement could be hired because managers didn't want to interview and onboard someone remotely.

"Staff are suffering while higher management hide in the comfort of their luxury homes," complained one Singapore operations professional. "There's a lack of empathy and genuine interest for the wellbeing for employees.-  A great deal of lip service: a lot of nice words but no follow-through."

Multiple people complained about the lack of interaction with colleagues and its effect on their mental health.

"I have no social interactions. I'm waking up and getting straight to work," said a junior M&A banker at Bank of America in New York.

"I'm suffering from loneliness from working and living by myself in a foreign country," said another New York M&A junior. A Singapore researcher complained of decaying "social capital."

With everyone at home, various people told us it's become difficult to stay in touch with colleagues and to manage teams. A Deutsche Bank risk manager said engaging other teams on other projects is much harder now. Another risk MD agreed that it had become more difficult to "ensure the team is aligned and motivated." A Goldman Sachs technologist said collaborating has become a challenge.

In particular, respondents cited problems mentoring junior staff and persuading clients to do longer term deals. "The greatest challenges have been in developing longer-term pipeline without physical client interaction and in managing and developing junior colleagues," said a credit salesperson at Natixis in London.

As managers have become aware of the limitations on remote communication, so they have tried to compensate with more of it.

One London equity derivatives trader said he was deluged with, "Too many emails from management with nothing to say." A senior member of a London finance department complained of: "A loss of incidental communication and a tendency to have longer calls than previously." A risk professional in Continental Europe said he was subject to "calls at midnight" and "impossible deadlines due to a lack of communication."

A London researcher said most Zoom calls could be emails, and there was a general feeling that communication which could have taken a 10 minute in-person chat in the past now involved relentless Zoom meetings instead.

In an indication of how hard it is to maintain team morale now, there were also complaints about managers' efforts to bring people together.

"We've been working longer than usual and listening management's idiotic return-to-the- office theories," complained one London technologist. A JPMorgan risk manager London said he'd been subjected to calls from managers who, "all of a sudden have epidemiological background."

"They've added calls taking up precious time to discuss films and various similar (boring) extracurricular topics across multiple offices with team members you don't know.," said a Citi compliance professional in London. "There's lip service to doing things to help, and then they generate more emails and calls about online exercise classes, mindfulness, staycation and other topics that already been done to death...The volume of calls and hours needs to be pulled under control."

People are bored of their own homes.

"It's very difficult to change your daily routine: no commuting, no coffee at the coffee shop. everything is in your house now," said a compliance professional in Europe. "It's hard to work in the same enclosed environment," said a London risk professional.

For some, the relentlessness of working from home has been combined with the nightmare of the virus. "The monotony has been hard and I was trying to work while there were refrigerated trucks of dead bodies a few blocks from ny bedroom window," said one New York technologist.

Others complained of problems with internet connectivity and a lack of screens. One New York technologist said hurricane Isias knocked out his power for a few days.

A little known outcome of working from home is that people have been forbidden from printing documents for regulatory reasons. Several respondents complained about this. "A year wrecking my laptop and my eyes," said a Citi compliance professional.

Most banks have tried helping parents. Goldman Sachs, for example, gave an extra 10 days of family leave. However, there are complaints that assistance hasn't gone far enough. "They say they are family friendly and for us to take time to do what we have to do, but then drown us with unreasonable deadlines and demands," said one Goldman technologist in London.

A Deutsche Bank technologist said he's been struggling with the "juggle between work, childcare and homeschooling of kids while my key-worker partner is at work." And a risk manager in Singapore said it had been hard, "working from home with three primary school kids on summer holidays when my workload was in one of its heavy periods."

Some said that working from home has enabled managers to treat employees poorly. "There are plenty of individuals in the company whose managerial skills have gone out the window since lockdown started," said one respondent. "- I've had lots of events which could have resulted in a call to HR, but given the environment I don't want to be seen as a troublemaker and let go."

The upsides to working from home

It hasn't all been bad though. As one respondent observed, working from home is both the best thing and the worst thing.

One London compliance professional described the last five months as brilliant: "I can focus solely on my work 100% and not have to deal with random crap. I can work the hours I want and not have to stick to the corporate 9-6. And I don’t have to commute. It’s wonderful."

Another London respondent said he's had to come to terms with the fact that his life could have been easier for years if he didn't go into the office. "Working from home is great!"

Photo by Jack Sharp on Unsplash