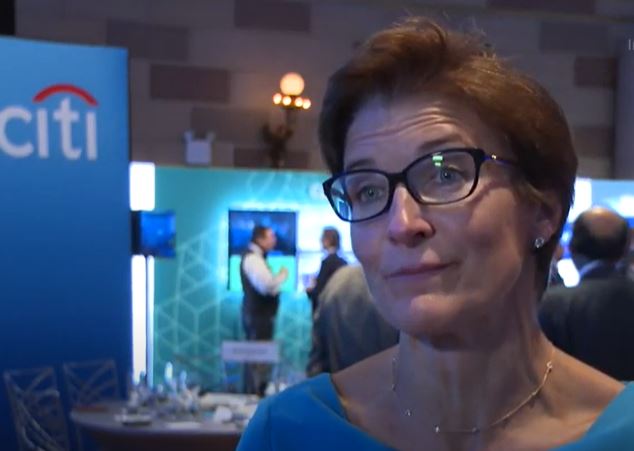 It's happened. Citi announced today that Jane Fraser, currently the chief executive officer of its global consumer banking division will replace CEO Mike Corbat, who plans to retire in February 2021. Fraser will become the first female CEO of a major U.S. bank.

Fraser said she's "honored" and "excited" with her new role. Her career could, however, have turned out very differently if she hadn't started out working in the investment banking division of Goldman Sachs.

In an interview six years ago with CNN, Fraser said that her time working in M&A at Goldman Sachs in the early 1990s was enough to put her off investment banking forever. When she worked at Goldman there were no female role models with any semblance of a family life and a career, said Fraser. “You got insights into things you could never imagine as a 20 year-old... But when I thought about the longer run, I wanted to have a family and it drove me, when I left business school in the States to then say, ok it’s not back into investment banking but to McKinsey, “ she said.

Fraser spent a decade at McKinsey, where she famously impressed her boss at interview by saying she'd only take the job if she could work for the head of banking. She had two sons, and shortly after her first son was born she was promoted to partner. "It was chaotic, I just hoped the head of the New York office would get off the phone because I needed to feed the baby," Fraser told CNN.

Whereas Goldman seemed to have nearly no senior women with families at that stage of Fraser's career, at McKinsey she was able to work part time and to be a partner. "It was tough," she explained. "You're seeing people who you've managed and you’ve brought into the firm then progressing faster than you, so there’s ego.”

Fraser said working mothers need strong boundaries, and that sticking to them is worthwhile. "I had to tell clients that I couldn’t do meetings Thursday, because Thursday was the day I was at home with my son

“It made you human," she added. "If you don’t have humanity you’re just not relevant.”

Six years ago, she also countered the view that women can't have careers and children. “You can’t have it all at the same time. You can have it all spread over decades,” said Fraser. "You need to say, 'That’s a trade off for now I’ll get to it later.”

Having made those trade-offs, Fraser now has the top role at America's fourth largest bank. Given her retail and wealth management background, some in Citi's institutional clients group (ICG) might be apprehensive. Jamie Forese, the former head of Citi's ICG, which houses its investment banking and trading operations, was once in the running to replace Corbat but he left after 34 years in April 2019 and is now rattling cages as a non-executive director at HSBC.

In a note today on Fraser's appointment, analysts at KBW said that if she can improve Citi's returns close to the level of peers her promotion should be positive. However, they suggested that, "some investors were hoping for an outsider to come in and do a larger reorganization of Citigroup, so we expect a neutral reaction in shares on the news."