"U.S. banks and hedge funds have no need of H1B Visa talent for elite roles" 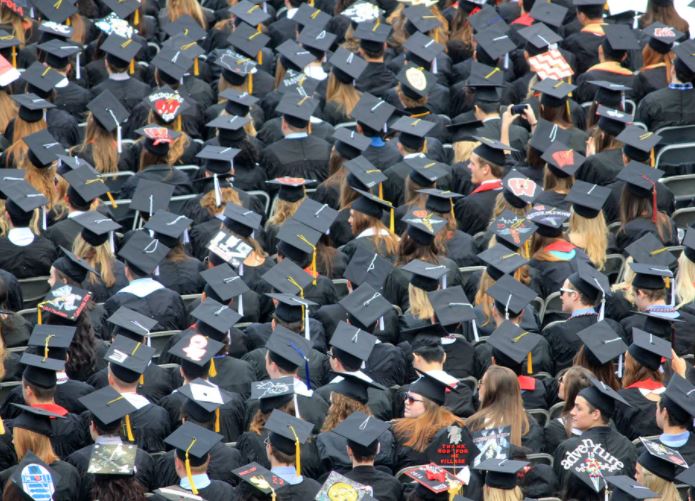 As we've noted here before, big banks and big technology firms have been big users of H1B visas, which enabled them to hire-in global talent and that were temporarily banned by President Trump in June 2020. Despite protestations that the ban will lead to pay inflation for the "finite pool of super-smart folks" that have U.S. citizenship, the ban also supporters who see favorable elements. Among them is Hal Salzman, a professor of planning and public policy at Rutgers University.

There's little reason for investment banks and hedge funds to complain about the lack of H1B visa talent for their highest paying positions, Salzman tells us. "Annual hiring demand for the elite top talent positions in banks and hedge funds is probably, say, 5,000 new hires a year. Make it 10,000 if you like," says Salzman. He points out that the U.S. produces 1.9m bachelors graduates a year, plus hundreds of thousands of Masters graduates, plus PhDs: "It seems implausible they can't find that number among the 1.9m."

In a paper published last year*, Salzman pointed out that only a third of all U.S. STEM degree holders are actually employed in STEM jobs, suggesting the majority are under-employed and that the supply of U.S. STEM graduates more than meets the country's demand. The same paper pointed out that the supply of U.S. STEM students is highly elastic and increasing. "The U.S. education system has produced ample supplies of students to respond to STEM labor demand," said Salzman.

Why, then, do banks and hedge funds need to hire-in developers, quants and data specialists from overseas to fill their highest-paying niche jobs? Salzman says it's about labor arbitrage and that the U.S. government shouldn't be supporting this. "H1B is the government reaching its hand into the pockets of tech workers (those lucky enough to get a job) and handing out the money it grabs to the tech companies' executives and shareholders," he claims, echoing other supporters of the ban.

If banks and hedge funds really need specialist talent from overseas to fill their most elite roles following the H1B ban, Salzman says they can still hire it using things like the O-1 Visa for outstanding talent which has fewer constraints than the H1B. They could also recruit some of PhD students who leave U.S. universities each year, only half of whom Salzman says are in "career jobs."

"Are we to believe the talent these companies are looking for is so extraordinarily rare and greater than doctoral scientists? Or engineers?" says Salzman. "I'd like a cheaper iphone but, so far, the government hasn't created a program to lower the cost, say by using some of Apple's astronomical profit (on which they pay close to zero taxes via the double Dutch)," he adds. "Guest worker programs are a travesty for all concerned: guest workers are in a modern indentured servitude and many are exploited and, as the ban demonstrates, in a very vulnerable position.  The guest worker programs have detrimental impact on the labor market, lowering or at least flattening wages, lowering career tenure, and distorting the labor market for all workers."

*STEM Performance and Supply: Assessing the Evidence for Education Policy