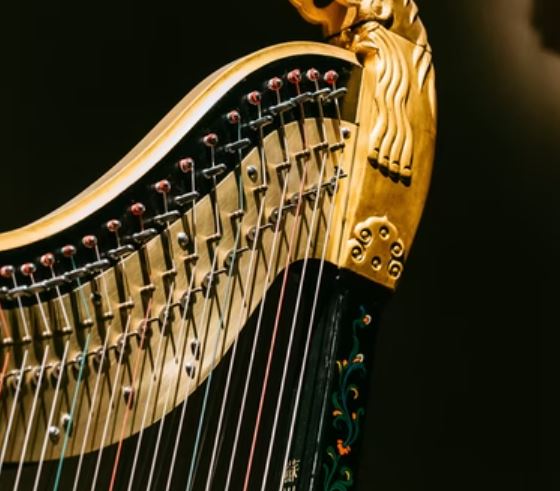 Next time you wonder why you're building an Excel model on a Sunday afternoon, remember there are alternatives: you could be playing the harp in a building purchased by your parents taking advantage of a tax break for low-income people; or you be running a special purpose acquisition company (SPAC) formed with some of your friends from university.

Both presuppose a degree of parental income which probably isn't available to the average young person, but both are real options chosen by people who've decided to give banking a wide swerve, or who've been in banking and then discovered alternatives that aren't private equity.

The harpist hasn't been in banking, but is one of many creative offspring of wealthy/banking parents that Bloomberg says are benefitting from New York's rule around Housing Development Fund Corporations (HDFCs). The rule enables cash buyers to purchase dilapidated buildings with a special tax break. The buyers are supposed to be low-income people, but are often wealthy parents buying property for their creative, low-earning children. The children earn $30k a year, the parents put down the cash and receive a discount of around 70% on the price of the property. Junior bankers struggling to buy in Brooklyn now know how the neighborhood harpist gets by.

If you don't have a harp or a parent to buy you a home, you can always tap-up your wider network to form a SPAC. The 23-year-old great-grandson of an oil baron has reportedly formed a SPAC with his Cornell fraternity brother, based out of a $9m seven-bedroom mansion in Atlanta; they hope to raise $200m to buy internet businesses. A 30 year-old ex-Morgan Stanley analyst has created a $100m SPAC to invest in the cannabis industry. The 27-year-old seeming scion of a sausage empire is CFO of a Zurich SPAC that also wants to invest in internet companies. “Younger people have a lot of advantages, because they are very innovative and they have the punch,” says one SPAC advisor, encouragingly.

Nonetheless, forming your own SPAC or pursuing a creative life in central London or New York aren't easy without prior money and contacts. If you have neither, there's always banking. - The industry for those who are prepared to work hard and who don't necessarily have money or choices to do something else.

Separately, if you marry a senior Goldman Sachs banker, try not to divorce them. Writing for Airmail, former banker William Cohan has a long and troubling story about an acrimonious divorce battle between a Goldman Sachs partner and her husband. Part of the problem appears to be that Goldman bankers are by definition rich and the rich have access to superior legal representation. At Goldman, the go-to divorce lawyers for senior staff are seemingly at the Manhattan firm Teitler & Teitler, a firm allegedly so effective that other divorce lawyers fear dealing with them. - Or at least this is the claim of those trying to extricate themselves from their Goldman marriages.

U.S. banks report their third quarter results this week. Fixed income trading is expected to fall by 20%; M&A is expected to more than hold up. (Financial Times)

Deepika Sharma, a director on BlackRock's manager research team, says she's focused on hiring candidates who've studied philosophy, social sciences, and political science. "Monetary policy, fiscal policy, and politics as a whole have had a huge impact on what's changing in the industry. There's a lot of regulation that's driving how decision-making happens, so we need more people who have a good understanding of that." (Business Insider)

The UK Financial Conduct Authority (FCA) is opening up small offices in Belfast and Cardiff and possibly Leeds, but will pay directors in London £114k more. (Financial News)

Goldman Sachs reached a settlement with an intern who claimed he was brain-damaged after a hazing at a bar involving his supervisor in 2017. Goldman said he was wrestling and hit his head. (Bloomberg)

Newish SEC chairman Gary Gensler has a reputation within the agency has a relentless and skilled manipulator of the bureaucracy who cares little about making enemies or exhausting staff members. This is how he became one of the youngest partners at Goldman Sachs. (Bloomberg)

Nearly half the tutorials at Cambridge University are delivered by precariously employed staff who lack proper contracts. Many are previous PhD students. (Guardian)

Goldman Sachs is hiring engineers in Dallas via hackathons. “The talent in Texas is phenomenal. We are excited to be investing in the talent here and growing our Dallas and Richardson offices.” (Dallas News)