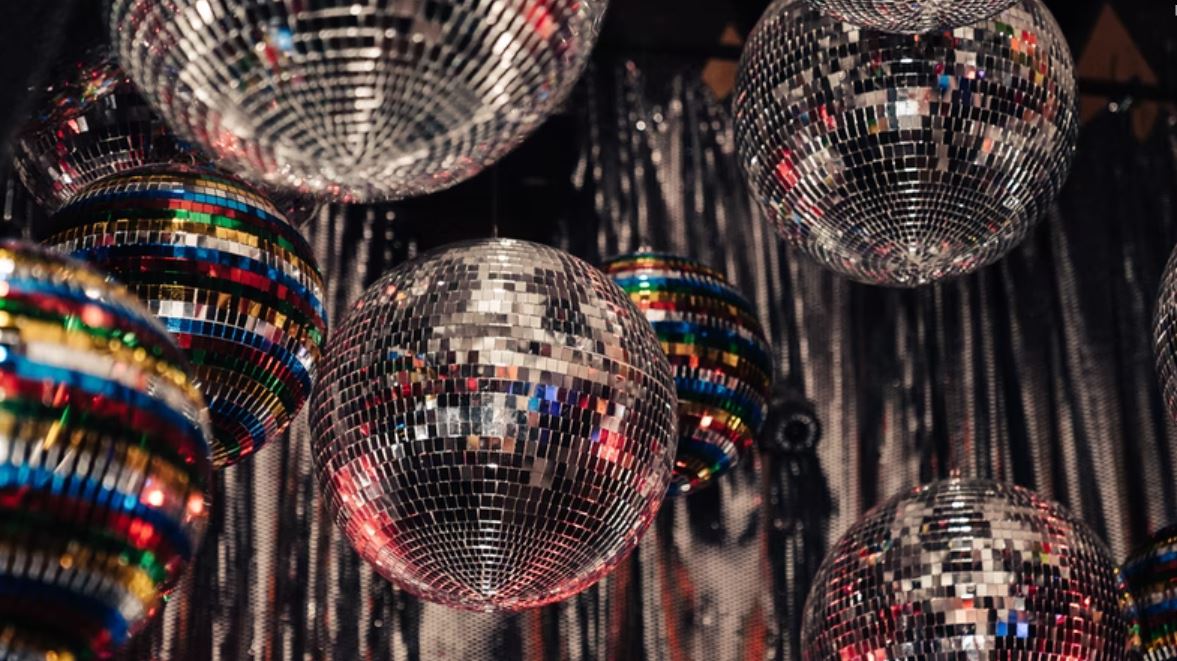 Now that we're in the fourth quarter, bonus expectations can be calibrated. If you're working in an investment banking division (IBD) of bank, on M&A or equity capital markets deals, you will probably be calibrating your expectations at a very high level indeed.

Jefferies became the first big(ish) U.S bank to report third quarter results yesterday, and they were very fine. As the blurry chart at the bottom of Jefferies' CEO Rich Handler's Instagram post below makes clear, something special has happened to Jefferies' investment banking revenues in the past 18 months, and the magic doesn't seem to be dissipating. 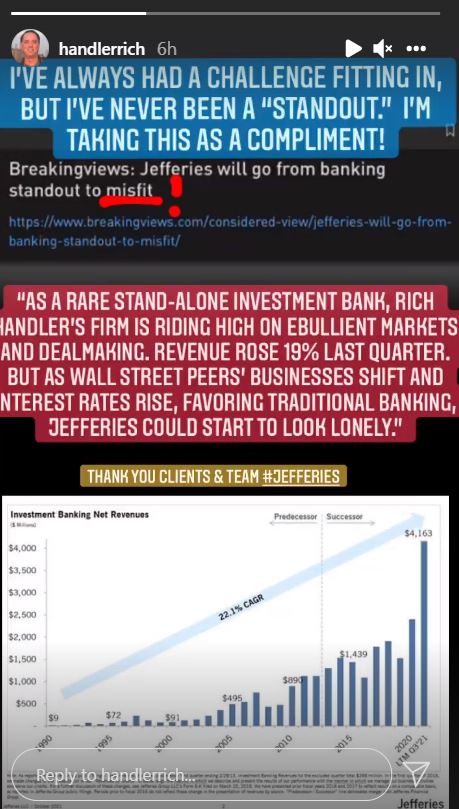 Jefferies' third quarter runs until the end of August. Its investment banking revenues doubled from a year earlier, with strength across all of ECM, DCM and M&A. Nor is it over yet. The pipeline for the fourth quarter is also at a record level and Handler and president Brian Friedman said they're confident the good run will continue: "We believe the global economy continues to be in a period of recovery and uptrend, and we therefore expect to see continued robust activity in mergers and acquisitions and capital markets."

Jefferies isn't the only bank feeling the love. The Financial Times reports this morning that fees have exceeded $100bn in the first nine months. In ECM and M&A, they're at their highest levels since records began 20 years ago.

Bonuses will surely be higher. The question is by how much. But before bankers begin browsing for bigger houses or better cars, it's also worth considering the other story of the moment - the end of the SPAC boom. Financial News yesterday quoted anonymous bankers who think that up to 30% of special purpose acquisition companies will struggle to find anything buy in the next 18 months. Valuations are, "simply too high," said one. “It’s a massive struggle getting funding for the deals, redemptions are very high and people start bemoaning the fact that the SPAC market is in terrible shape.”

On this basis alone - even before adding in supply shortages and the consequent switch to 'coping' instead of thriving for some businesses - 2022 may not be so fine. Given that bonuses are paid with an eye to the future, this could be a factor when banks decide their size. Bonus expectations should therefore be calibrated accordingly, and if you do get an especially big bonus you might want to set it aside for harder times ahead.

Separately, the Financial Times has got a long piece about what went wrong with Goldman Sachs' quest to conquer China. After cultivating Chinese relationships for decades and taking 100% control of its mainland franchise last year, Goldman is supposed to be thriving in China. But the FT notes that its big China push has come at a time when the Biden administration is taking an unexpectedly strict stance in China, and when Beijing is cracking down on Chinese business. $1 trillion has been wiped from the valuations of China's largest listed companies.

Despite the headwinds, Goldman is supposed to be hiring. - It's committed to doubling its workforce at its former joint venture partner Gao Hua to 600 people. But insiders say it's already made far too many external hires in the country. Up to a third of the Chinese investment banking team are new hires according to one insider. “This is totally un-Goldman, a massive culture shock,” says a former Goldman banker there.

It's been a bad year for new listings in Hong Kong.  “This year is kind of a wash," said one Hong Kong banker. (Financial Times)

UBS, Credit Suisse and JPMorgan have been moving bankers from Hong Kong to Shanghai and Beijing. (Bloomberg)

Verition Fund Management is opening in Singapore and contemplating an office in Hong Kong. (Bloomberg)

This year's booming CLO market (and booming CLO jobs market) will probably be followed by a much quieter 2022. “We think a large part of the issuance we’re seeing now is getting in front of the Libor transition happening at the end of the year.” (Bloomberg)

Crispin Odey is making a comeback. His Odey European Inc. fund was up 100% through to September. This wasn't only due to its investment in Oxford Nanopore Technologies Plc, which soared on its market debut this week. (Bloomberg)

Bank of America wants to hire another 10,000 people from low and moderate income communities by 2025. They can now go into operations and technology too. (Bloomberg)

"We have wide feet, built for walking 30 miles a day after migrating caribou. We've shoved them into teetering stilettos and wonder why we have terrible corns and crippled knees. Same with our psyches and our politics." (Psychology Today)